Attention, passport control! Perhaps you’re one of those fortunate people whose nationality has never caused you any difficulties. Whenever migrant workers crossed the border from their country of origin to their new life, they had to present this document all too often. Visas for residence status and residence permits regulated migration. The statistics on the wall show that the laws on Austrian naturalisation were not relaxed until 1999.

What role, apart from its legal implications, does nationality play in our identity? Do we need it to feel that we belong, or isn’t thinking in terms of states and nations so out-dated now? Is there such a thing as a national anymore? Or, in this globalised world of ours, haven’t we now all become "multi-national"?

Filiz Calayir reports on her multiple senses of belonging, which become evident in her dreams: sometimes she dreams in Turkish, the next time in German. Is she one of many who feel at home here - and equally at home there?

The objects on the wall connect life before migration to day to day life in Tyrol. As widely travelled objects, they tell of their owners’ "multi-nationality". Memories form a bridge across times of inner turmoil and act as catalysts of transnational life histories.

This is the case with Clarita Rohrer’s mussel bag. She brought it with her when she arrived in Tyrol in 1973. The memory of that decisive moment still keeps her awake at night.

Vesna Cekić would wear the waistcoat when she went dancing in Innsbruck. It was her grandmother’s and kept alive the family connection with the Leskowac region in Southern Serbia.

Social networks and digital communication technologies make contact easier today. They allow us to feel we can be in several places at the same time. Holiday postcards, such as Mrs. Cekić received from a friend as a child or the letters from Merly Baumgartner’s brother, look somehow terribly old-fashioned. 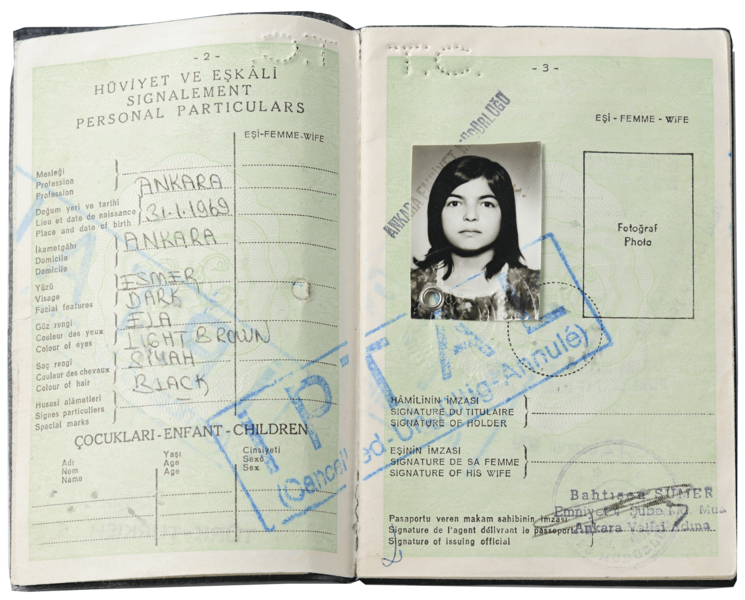 The passport photo was taken shortly before Filiz Calayır’s departure from Turkey in 1979. She is wearing the “dirndl” her father had bought for her in the Tyrol. 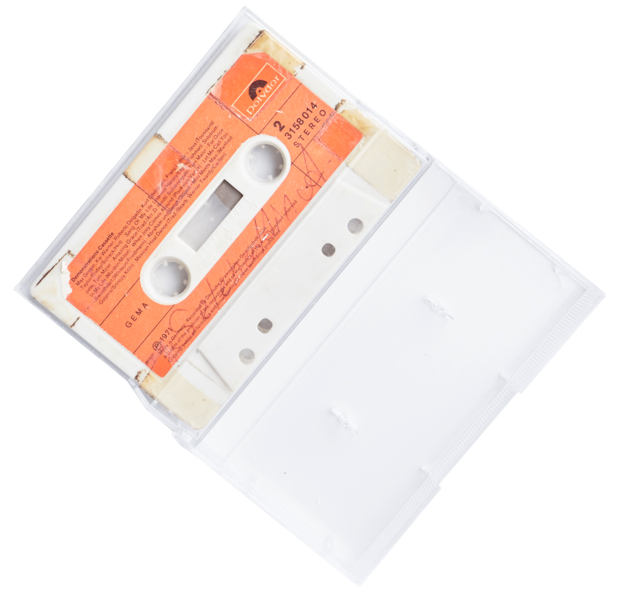 This letter cassette tape was addressed to Osman Arıkan, who came to work in Fulpmes in the Tyrol in 1972. The tape was recorded by his mother Ismi and his brother Ahmed, who was looking after Osman’s son in Uşak/Turkey in the meantime. They express thanks for the money transfer and assure Osman that all is well: “There is nothing to worry about.” 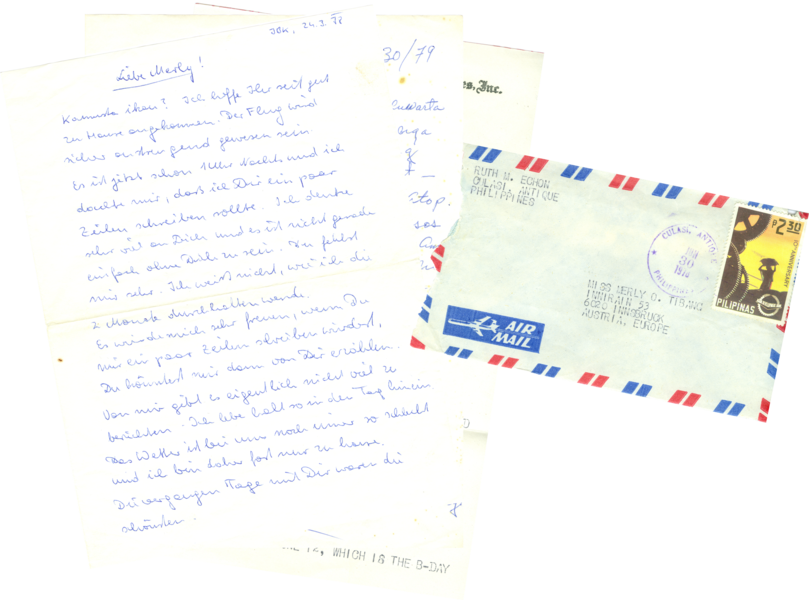 Letters to Merly Baumgartner née Tibang from her brother on the Philippines, her brother’s girl friend and her future husband Walter Baumgartner, 1978/79

In the summer, economic migrants would take a holiday in their respective home countries. The journey, with so many borders to cross, usually took several days.
Arif Yıldırım and his wife at the Bulgarian border on their way to Turkey, beginning of the 1990s

Originals in the posession of Arif Hüsein Yıldırım 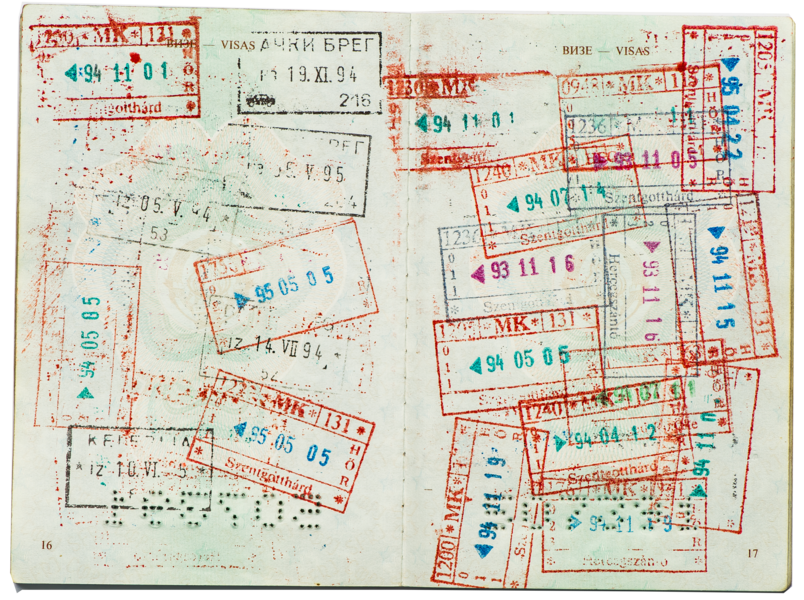 The Stojaković family’s passports are a record of the many borders crossed with immigration checks, and applications for visas and work permits. 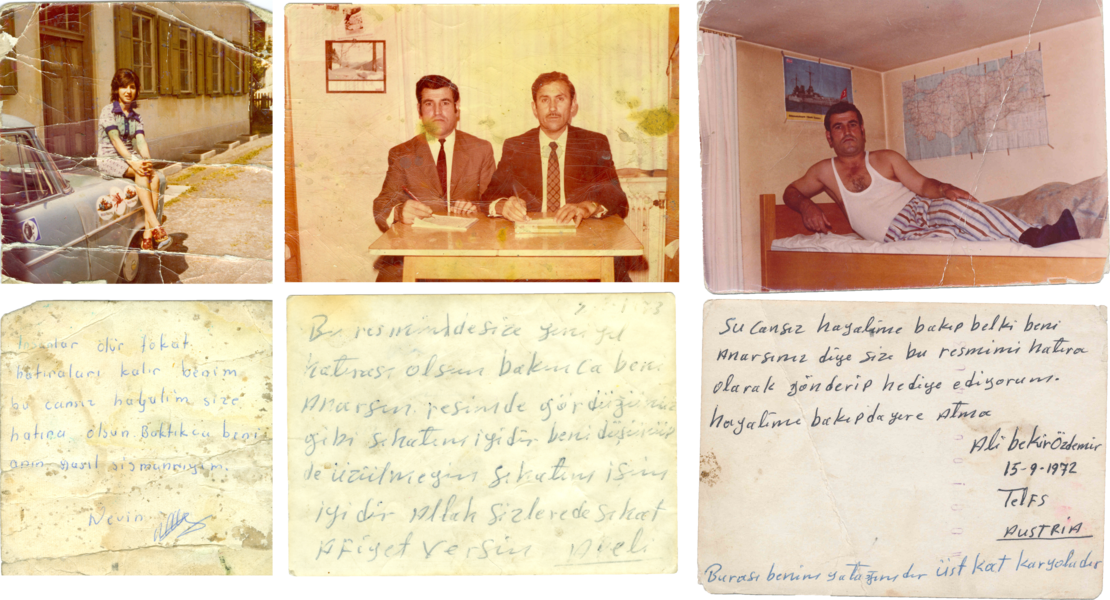 In order to maintain contact, economic migrants kept their families supplied with photographs with writing on the reverse. The news communicated and the subjects of the photographs were meant to create a positive picture of their situation in Austria.

Cassettes and records with Yugoslavian musicians. 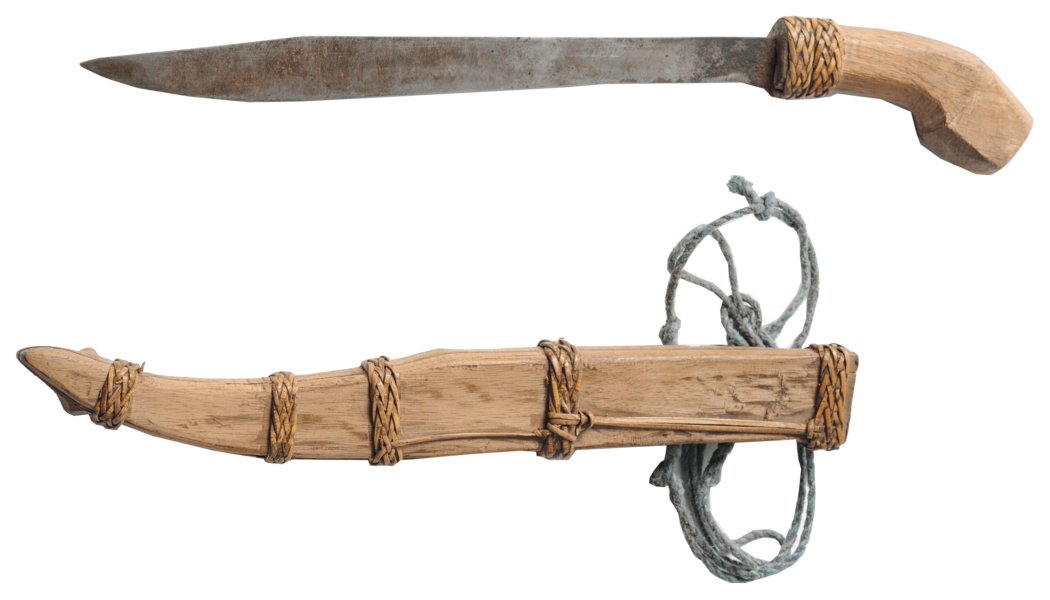 When Lorenza Klotz née Lacson travelled to the Philippines on her first visit home in 1979, her family held a big party. Her father gave her this knife, whose handle he carved himself.