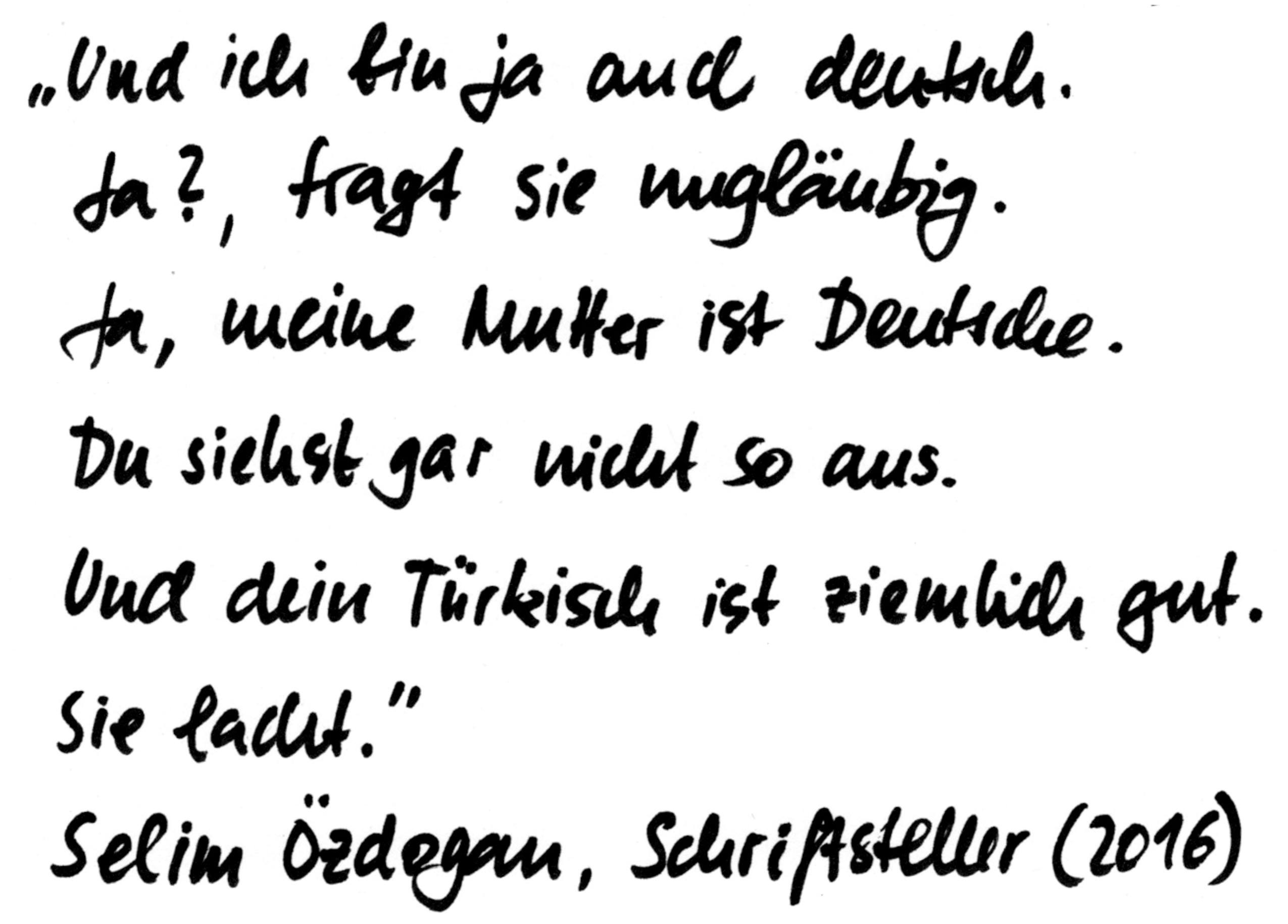 
Foreign workers, guest workers, foreigners, immigrants or migrants - statistics in the Tyrolean daily newspaper show how terms have changed in the course of time. What has stayed the same, however, are the attributions of usually exotic and negative characteristics: so-called "foreigners" are often regarded as fascinating and interesting. But also as lazy, reluctant to integrate, backward or potentially violent. But do these perceptions correspond to reality?

Typical external features are also often attributed to them. Do you see the picture of the man and woman in the extract from the Tyrolean daily newspaper? This is how they look, the so-called "foreigners" - with moustache and headscarf – don’t they? Foreigners are frequently represented as an anonymous mass, all the same - in terms of their way of life, attitudes, religion and appearance. The individual rarely plays a role. Are all so-called "nationals" also all the same?

Have you also ever been asked where you actually come from? It’s irritating if the external, linguistic or particular features can’t be clearly categorised. The stamp of being different is predominantly attached to those whose family history is one of migration. Even children of the third and fourth generations are often seen as foreign and in need of integration. In this way the so-called "migration background" becomes the "migration foreground". Self-awareness remains secondary.

And yet, in most family biographies migration is the rule, not the exception. What’s it like in your family? 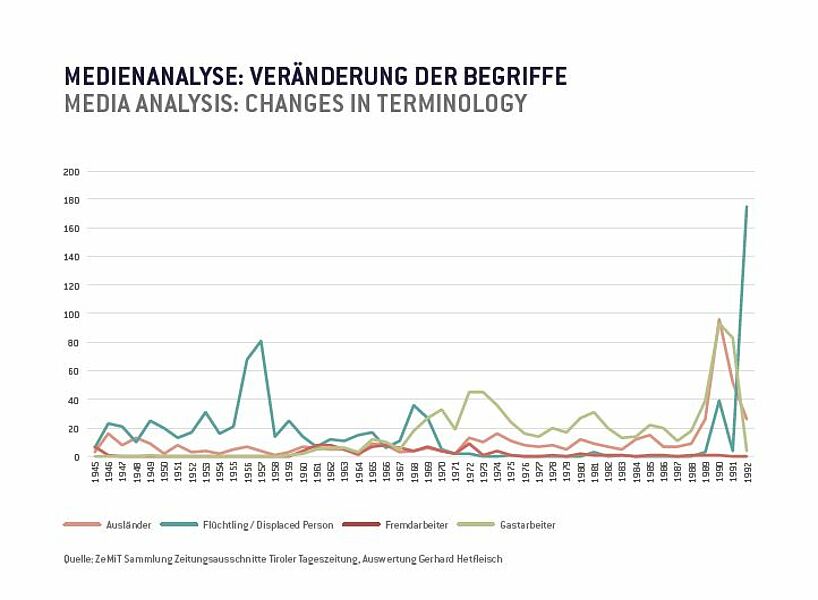 Words shape our perceptions, as an analysis of articles published in the “Tiroler Tageszeitung” shows: The term “Fremdarbeiter” (foreign worker), with its negative connotations in the context of National Socialism, was in general use until 1945/46 and then not until 1960 to the beginning of the 1970s. After that it was used only infrequently. After 1945 the neutral word “Ausländer” (foreigner) became the usual expression, especially from the end of the 1980s onwards. From the end of the 1960s to the beginning of the 1990s, “Gastarbeiter” (guest worker) was also a standard and very frequent expression. In addition to “foreigners”, the term “migrants” has been in use since the mid-1990s.

Typical appearance is often attributed to migrants, as here the illustration of the man and the woman in the newspaper Tiroler Tageszeitung, with mustache and headscarf.

During the Nazi period, the term foreign worker (Fremdarbeiter/Fremdarbeiterin) was used for foreigners deported to Germany as slave labourers. In Austria, it remained in common use after the War until the beginning of the 1970s.

Workers recruited from abroad in the 1960s and 70s were called guest workers (Gastarbeiter/Gastarbeiterin). The expression is a euphemism; the migrants were never treated as guests. The term lost its relevance in the 1990s.

Foreigner (Ausländer/Ausländerin) is considered the most neutral term for someone who does not hold citizenship of the host country. The meaning of the word is so wide-ranging as to be problematical: It can be applied to both tourists and immigrants, EU citizens and third-country nationals, and refugees and economic migrants.

Under Austrian law, aliens (Fremde) are people who do not hold Austrian citizenship. In everyday usage, the German word is also synonymous with "unknown", "unfamiliar" or even "alarming". The connotations of the word are correspondingly negative.

These words also have a wide range of meaning; they cover workers recruited from abroad, voluntary mobility, refugees and both internal migration (within a country) and international (cross-border) migration.

Transmigrants live in multiple worlds. In the normal case their lives and activities relate to their societies of origin and residence and are embedded in a social field that is stabilised through a complex pattern of family, economic, social, institutional, religious and political networks. Transmigrants have variable and diverse affiliations.

The UN defines international migration as the voluntary relocation of people from one country, of which they are nationals, to another country on a temporary or permanent basis. The definition excludes refugees, displaced persons and others who are forced to leave their homes. International migrants do not enjoy the same rights as recognised refugees or people granted citizenship of the host country.

People with a migrant background

Unlike the Federal Statistical Office of Germany, Statistics Austria classifies the children of immigrants whose parents were both born abroad as "people with a migrant background". That raises the question, not only in statistical terms, whether it makes sense to capture the historical migration context over several generations or even to do so at all: If naturalisation is not merely a step but the final point in the integration process, all analysis of migration background and hence the term itself must be considered obsolete.