They’d meet up and talk at the railway station. Later the so-called “guest workers” found meeting places in clubs they set up themselves. Clubs were places they could meet in their free time, an informal exchange about housing and work, a support network for social problems and an information hub. The club gave them a sense of integration when the state authorities were not interested in migrant workers.

Bratstvo, the culture and sports club founded in 1972, attracted attention with the success of its programme of organised sport for the workers. Appearing together also made it possible to get support from the public purse.

People without Austrian citizenship were and still are forbidden from being active at a political level. Today’s Centre for Immigrants in Tyrol was one of the first contact points for immigrants and provided support - for example, with the "Ararat" Cultural and Information Caravan in the centre of Innsbruck in 1989. This promoted foreigners' rights to vote in municipal and state elections.

Hasan Yilmaz tells us that he was the first migrant from Turkey to stand as a candidate for the Greens in the employee representation elections in 1994 - the prerequisite for this was his Austrian citizenship. Subsequently, in his ten years as a councillor, he championed the migrants' interests. The letter on the table tells you about the hostilities he suffered because of his political activity.

From 1999 the organisation of the integration ball in Innsbruck was a signal for solidarity within a caring society.

In the mid-1980s, political refugees from Turkey, including Mustafa Korkmaz, demonstrated outside the offices of the Tyrolean Chamber of Labour, because they had had to surrender their passports there. Arrests were made when the police tried to establish the identities of the demonstrators.

In 1994 Hasan Yılmaz stood for election at the Chamber of Labour for the Green Party. His political involvement and Turkish origins prompted racist reactions, as in the case of this letter. 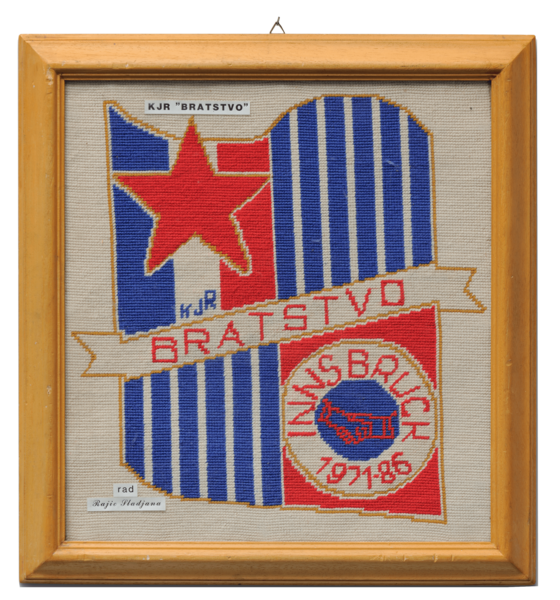 The Yugoslavian Culture and Sports Club Bratstvo in Tyrol were founded in 1971 . The Club served as the first contact point for Yugoslavian nationals and regularly organized sports and cultural events. The wood-framed embroidery with the club coat of arms was created on the occasion of the 15-year anniversary of the club and is still in the clubhouse. 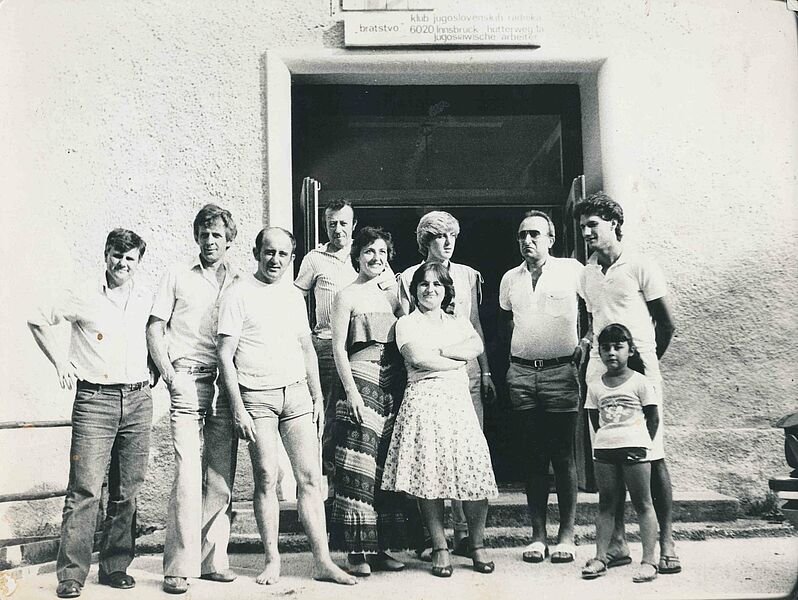 The first club house of the club Bratstvo in Innsbruck ,Hutterweg 1a. 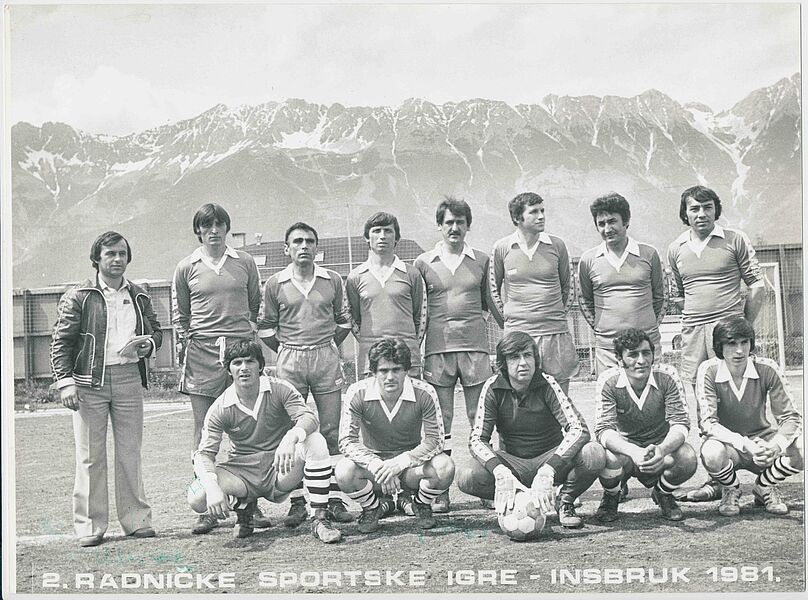 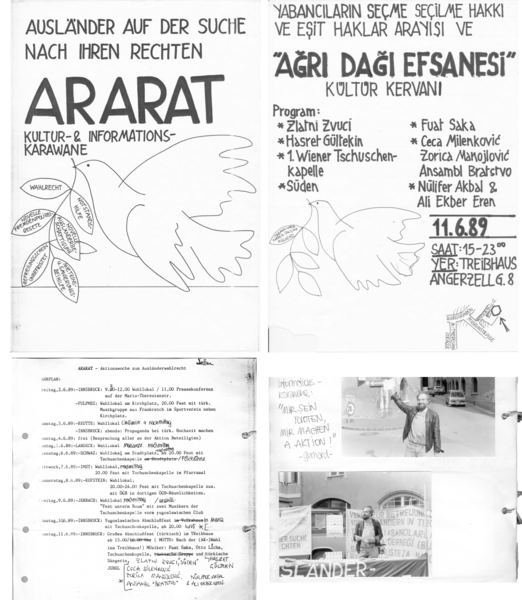